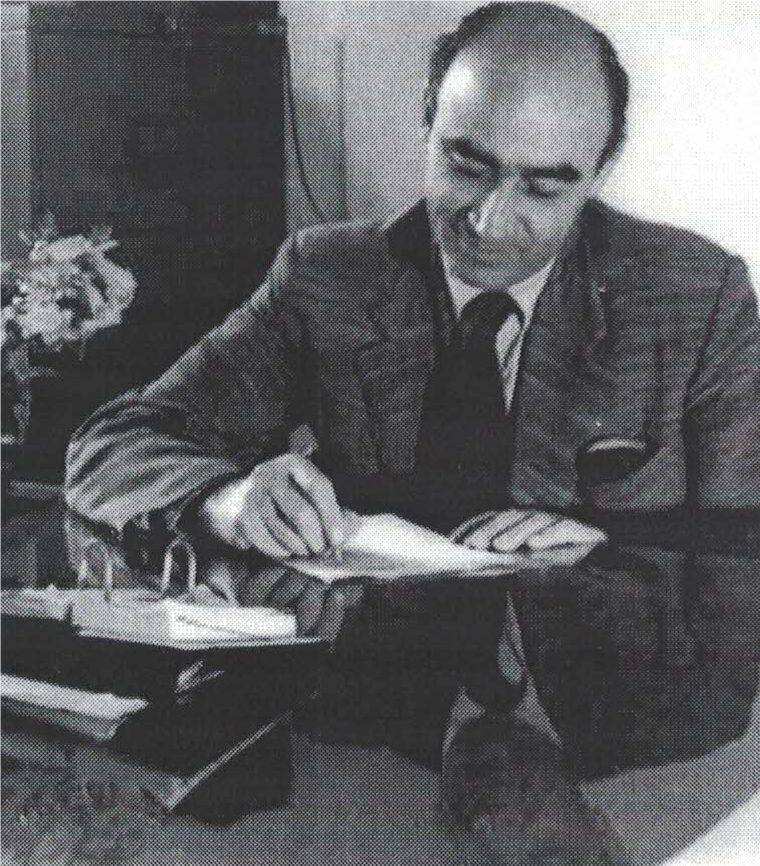 Benjamin was born in Fürth (Germany) on April 15th 1909 and died on June 19th 1985 in Nahariya (Israel). He was one of the founders of residential care in Israel. His parents were Rosa and David Jonas, and he had two older brothers and a sister. His parents sold kosher meat and dairy products. He attended Jewish schools in Fürth, played the violin and football. He studied at the teacher training college in Cologne and graduated from the University of Würzburg as a special educator. Benjamin was active in the Ezra movement, his group leader was Professor Jeschajahu Leibowitz. Then, he decided to immigrate to Palestine. In the spring of 1933 he suffered an anti-Semitic attack and crossed the border to Holland on the same day. There he worked in a boarding school for disabled children, preparing for immigration to Palestine. In 1934 he reached the port of Jaffa. In the country, he initially accepted various manual work. He improved his Hebrew and arranged the immigration of his sister and father. In 1934, Benjamin married the nurse Ruth Binth, with whom he had been friends since his time in Cologne. One and a half years after his immigration, he decided to return to work in his own profession as a special education teacher. He worked in the children's village Me'ir Schefeija with Dr. Fürst, first in the bakery, before finally teaching after one year.

In 1942, Benjamin Jonas became the director of Keitana, a children's home in Carmel, founded in 1940 by WIZO. There he worked with Rachel Kagan, the director of the WIZO World Organization. He directed the home for 30 years, until 1972. While it initially cared for the children of the waves of immigration, it later changed to a facility for adaptable children. It still exists.

In 1973 Benjamin Jonas retired and settled in Nahariya. He wrote a book about his experiences with pedagogical institutes. Together with Prof. Kohen-Raz, he made inquiries into graduates of the Kinderhof and published the research results in German and Israeli journals. He also founded "Big Brother" in Haifa, where volunteers are trained to assist children who lack an adult caregiver. In 1983, Benjamin was awarded the Hasuni Prize for his life's work by the Ministry of Social Affairs.

Mother
Rosa Jonas
Father
David Jonas
Siblings
Sigmund ('Siggi') Jonas, immigrated in the 1920's to Los Angeles., USA
Ella Schneebalg (nee Jonas), immigrated in 1937 to Jerusalem.
William (Willi) Jonas, immigrated in the 1920's to Chicago, USA
Marriage/Children
Was married to Ruth Binth, a nurse, with whom Benjamin was befriended since his time in Cologne. Their son Uri Yanay was a Professor for Social Work at the Paul Baerwald School of Social Work at the Hebrew University of Jerusalem.
Age at Migration
25
Year of Migration
1934
Chronics
Benjamin's training as a special educator in Germany (ca. 1929-1933)
Benjamin's activities as a special educator in Holland (1933-1934)
Benjamin's activities as a special educator in Israel (1936-1942)
Benjamin's activities as a director of a children's home in Israel (1942-1973)
Other Sources
Yanay, Uri (2010): Benjamin Jonas, ein Vorbild. In: MB "YAKINTON" Mitteilungsblatt der Vereinigung der Israelis mitteleuropäischer Herkunft.